I’m writing this post at JFK, waiting to board a flight to Boston. I’m heartbroken to leave this city. Coming here, I didn’t expect to have an ache in my chest as I leave. This city, the people, the art, the culture, the literature, all of it is magic. Yes, it can be smelly. Yes, walking in rain flooded sidewalks isn’t fun. But all of that lessens the more I’ve been here. Seeing the skyline of Manhattan from Queens is always breathtaking. The outline of the skyscrapers is beautiful. Walking up and down 5th avenue every single day is an experience I will never forget. Spending hours walking through the stacks and sections of The Strand, purchasing too many books. Seeking out Washington Square Park and Hotel Chelsea. Being around so many people. Growing as a young woman living in a dynamic, crazy, society that we’re in right now, seeing people of all kinds of diverse backgrounds being civil with one another gives me hope. I understand why New York is called a melting pot, it’s full of people trying to find the lives they dream of. As I left the city, I looked at the skyline as it was fading behind me, I felt as though I am leaving this city I fell in love with as a different person. I hope to return very soon. 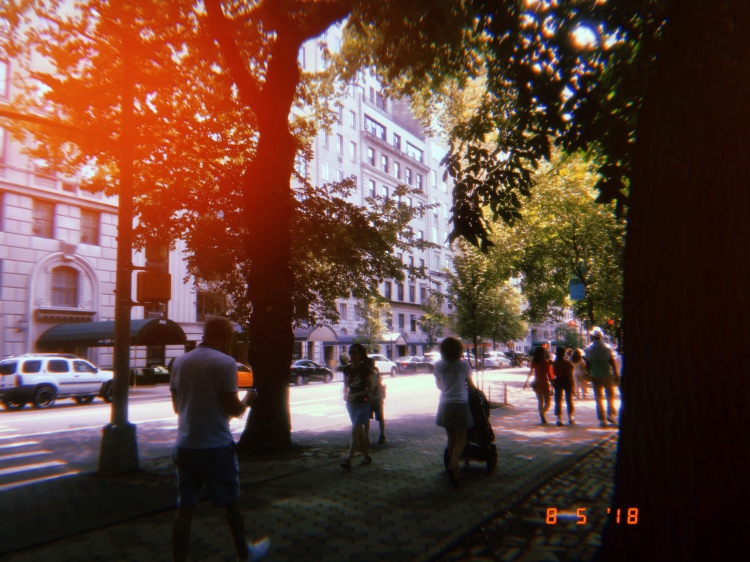 As many of you who know me could probably guess, I was nervous about traveling to New York by myself. I’ve never travelled by myself before to this extent and I’m normally a pretty anxious person when stepping into the unknown. Fortunately, I was in NYC last autumn with my mom, so I knew a little bit about the city. On the downside, I was anxious the majority of the time last year and I feared I would be more anxious being by myself. I was wrong. Thankfully, I was able to push any anxiety I had to the back of my mind and go out of my way and seek out places. The Strand. Hotel Chelsea. Washington Square Park. I walked everywhere almost every day. I never felt unsafe walking in NYC, which surprised me. On Sunday, I walked from The Met to The MoMA by Central Park. It was an lovely stroll. I walked under the trees of Central Park along Museum Mile. I was calm. I stopped often to take photos. I wasn’t in a rush. I took my time, taking in the view of buildings and people, well aware the sadness that was washing over me because it was my last day in the city. 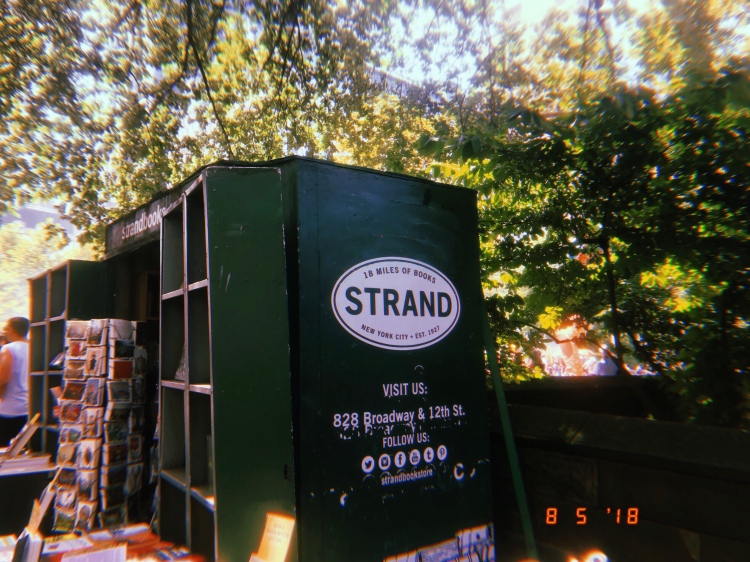 On my stroll by Central Park, I stopped at a Strand kiosk and spent a solid amount of time browsing all the books before buying two more I did not need. I bought them despite the fact that I had already purchased too many. For those of you who don’t know, The Strand is a famous New York bookstore. I spent a lot of time there after long days of stuttering therapy. It was comforting finding solace among books after a day of constantly talking with people and working on myself. As a writer, I love reading other writer’s work. It makes me a better writer. The Strand is a magical bookstore with so much rich history. I even found a copy of Robert Mapplethorpe’s Flowers, which was an unexpected find that I will treasure for the rest of my life.

I left New York a different person. I left New York heartbroken to leave. I spent the week working on myself and my stutter. I discovered new things about myself and how I can become a better communicator. The work doesn’t end now that I left the city. It’s only the beginning and I’m excited to do the work. I also discovered how much anxiety is in my head and how it stems from anticipation about being uncertain about the unknown. The anticipation is always worse than the actual event. The worse things I can think of don’t happen and it was proven to me over this week. I was capable of walking throughout the city without having a panic attack or being extremely anxious like I thought I would be. It was comforting to see so many people, specifically women, walking alone throughout the city. If they could do it, so can I. And I did. I had spent years admiring the city from afar and I fell in love wandering the streets with people from all walks of life. I may have left the city heartbroken but I have a strong feeling I’ll be back there very soon.